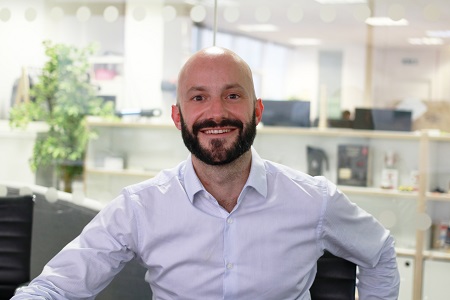 Following news last April that draft guidance developed jointly by the Design in Mental Health Network (DiMHN) and the BRE for testing some of the products most widely used in mental healthcare settings would be put out for consultation later in the year, it is hoped finalised guidance can be published this Spring.

Last June the guidance was sent in draft form to DiMHN’s entire membership – which includes estates and facilities professionals, nursing and clinical staff, architects, and representatives from product designers and manufacturers, for comment; the six-week consultation exercise drew a ‘very favourable’ response. Having considered the suggestions, the joint DiMHN / BRE team made some revisions, before in November submitting the draft to the BRE’s governing body for scrutiny and ‘approval’.

Philip Ross (pictured), who leads the DiMHN’s Innovation & Testing Workstream, elaborated: “The BRE Board has been considering the guidance – which cover the ligature risks and robustness of all products used in mental healthcare settings, and also focuses specifically on the cleanability of windows – such as those featuring mesh screens, and anti-barricade considerations for doorsets – since. Overall, the feedback from the consultation was extremely positive, but we did receive a number of valuable and well-thought-out suggestions for changes; we considered these, and, where appropriate, made revisions.

“In August,” he continued, “we presented the guidance to about 300 interested individuals in the US via a webinar. The initiative is thus gaining traction not just in the UK, but also overseas. We hope the BRE Board will approve the draft, or suggest any further changes, early this year, and that we will then be in a position to publish the completed guidance soon after.

“Once it is finalised – and discussion between the DiMHN and BRE is already ongoing on this – we hope BRE will be established as the official testing body. Its experts would then be able to test and evaluate products used in mental healthcare settings using the designated criteria and a ‘test and declare’ approach, and award each an easily comparable grading – achieving the initiative’s number one goal – greatly simplifying the task of specifying the ‘right’ product for each application.”

Joint Research and Innovation Centre launched by LSBU and BSRIA

Former footballers to be tested for early signs of dementia

New’ Broadmoor opens over 150 years after its ‘predecessor’

Care reviews for all with learning disabilities and autism

Observation Mirrors
These polycarbonate products are designed specifically for use in the harsh corrections and mental health environment. The premium quality materials and unique design features ensures that this product range is virtually unbreakable, tamper proof, ligature free & unlikely that weapons can be manufactured from any part. The...

Register now to apply for regular copies of The Network and free access to premium content, as well as our regular newsletters.

This site uses cookies to analyse traffic, remember your preferences, and optimise your experience.
Learn moreClose