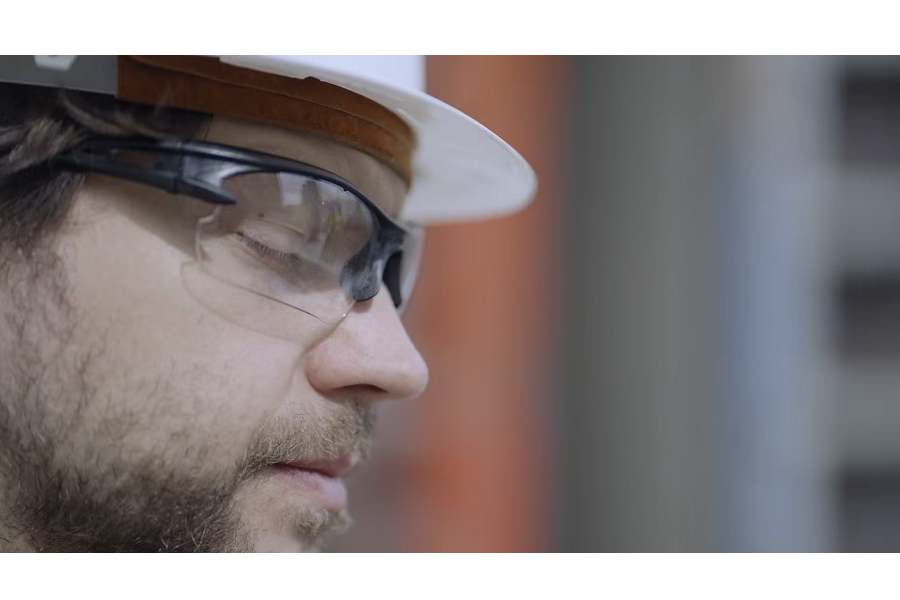 With almost 500 construction workers taking their own lives every year in the UK and Ireland, a wordless, emotive video has been released as a free resource to highlight the issue, ahead of Friday 10 September, which is World Suicide Prevention Day.

Film-makers, AKT Productions, worked with Ambanja Films to create the hard-hitting film, which depicts a man ‘on the edge’ and thinking of taking his life. Major contractor, BAM provided a construction site in Whitechapel, London as the location, and the project is supported by the Lighthouse Club charity said to be the only such organisation to provide emotional, physical, and financial wellbeing support to construction workers and their families. The result is an emotionally arresting film called ‘On the Edge’, that aims to enable and encourage those affected to find a way to talk about what they are feeling. ‘On the edge’ is free ‘for anyone and everyone’ to use across the industries, and wider.

BAM points out that research has established that almost half of UK tradespeople experience mental health problems due to work, while stress, anxiety, and depression, account for a fifth of all work-related illness. BAM Construction director, Ewen Hunter, approached AKT and said: “It was just a ‘good timing’ moment because AKT had the skillset, ideas, and same desire to raise this powerful but sensitive subject, so we were more than happy to help them develop the script and provide the film location.

“Although the film and subject are sensitive and distressing, our industry has one of the highest death rates, so to be able to be involved in creating this film matters a great deal to many people. Thousands of people in our workforce alone will be viewing it. and I know it will prompt some very valuable conversations. It may even save lives.” The video can be played at: https://vimeo.com/597358738

£1.7 bn funding bid to improve healthcare in and around Bradford

THE DIFFERENCE IS IN OUR LIFESAVING DETAILS
At first sight, our products might look similar to others on the market, but look more closely and you’ll discover crucial design details that could help you save a life.
Passionate about making safety non-institutional, we listen to people with mental ill health, clinicians, estates teams and...