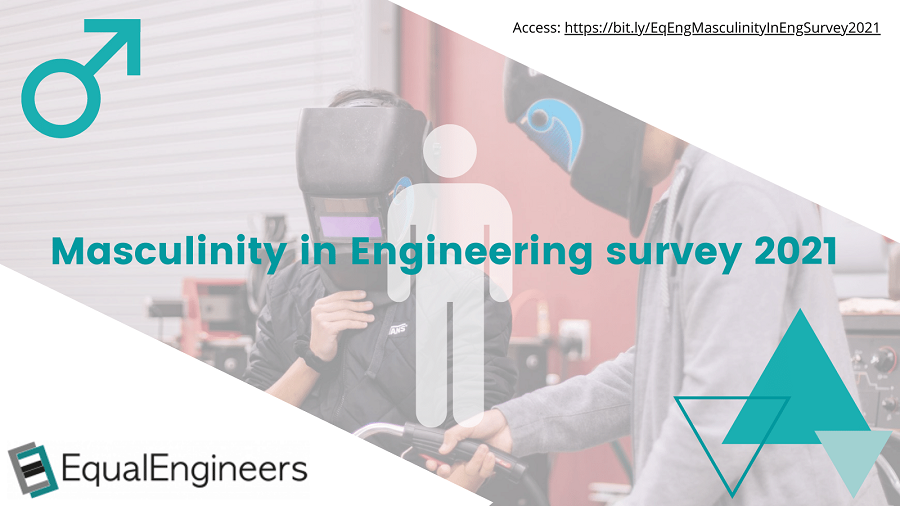 Suicide is the biggest killer of men under 50, and male construction workers are almost four times more likely to take their own life than the average of those working in any other industry or profession.

This stark data is being highlighted by EqualEngineers, a company set up by Dr Mark McBride-Wright ‘to address some of the serious issues among the engineering and technology industry by connecting inclusive employers with diverse talent in the sector’.

EqualEngineers said: “The situation is bleak, particularly among the engineering and technology industry, with men comprising more than 89% of the workforce, and an overwhelming feeling among this sector that men should behave in a certain way against a backdrop of more than one in five in this line of work reporting they had lost a colleague to suicide. There is also a significant minority of engineers – more than one in 10, who believe men should view women as property or objects, or express themselves through aggression (verbal, physical or sexual).”

EqualEngineers was founded when the enterprise launched a ‘Masculinity in Engineering’ survey in 2019. Now, it is launching its second survey investigating masculinity in engineering. It says this is ‘a first-of-its-kind research theme for the sector’, and will build on the findings from the ‘landmark research’ report two years ago. Having launched on World Mental Health Day on October 10 this year, this second survey will be open for seven weeks, closing on 30 November, and will explore ‘if the culture of engineering is affected by the stereotype of what an engineer looks like, and how men are expected to behave’. EqualEngineers said: ‘It will tackle questions such as: ‘Do men feel included or excluded in the push to increase diversity?’, ‘Could a more diverse profession benefit both women and men?’, ‘Why do men feel pressure to behave a certain way in the workplace?’, ‘Are men able to be open about their mental health challenges, or is the stigmatisation too great?’, and ‘Does this manifest itself as a macho culture in the workplace or on site which prevents an inclusive culture?’ This survey would like to gather real views and opinions, with an expectation that respondents don’t just give the ‘right’ answers.”

Dr McBride-Wright, managing director of EqualEngineers, says he set up the company after years of working in the sector and ‘seeing not only the challenges that the lack of diversity can bring, but also the risks posed to health, safety, and wellbeing’.

Being a gay safety engineer himself, working for major engineering firms before later setting up networking group InterEngineering for LGBT+ engineers gave him the drive to set up an organisation covering all aspects of diversity.

Dr McBride-Wright said: “For me, inclusivity in the workplace is a health and safety issue. Not being able to be open about who you are because of attitudes and lack of diversity around you can lead to mental health issues and decreased wellbeing. In construction, for example, an industry where suicide rates among men are more than three times the national average, more needs to be done to ensure that commitment to these issues goes much further than token inclusion policies.  Our 2018 research found that one in five engineers had lost a work colleague to suicide, and a similar number had self-harmed or had suicidal thoughts themselves. My hope for this survey is to capture the voice of men in the engineering and tech industries; individuals who perhaps feel excluded from the focus on diversity and inclusion efforts of organisations. We need to rapidly overhaul the way in which we approach culture change programmes within our industry, and we need to ensure that everyone feels included, and is able to find their voice as part of the diversity narrative.”

Dr Rhys Morgan, director of Engineering & Education at the Royal Academy of Engineering, added: “It is vitally important that we try to capture the voices of everyone working in engineering as we work to create a more inclusive profession. Engineering has a first-class reputation for creating a culture where safety is at the heart of what we do, and we now need to extend this to consideration of psychological safety.”

Results from the EqualEngineers ‘Masculinity in Engineering Survey’ will be reported in Spring 2022. The survey can be taken at: https://www.surveymonkey.co.uk/r/EqEngMasculinityinEngSurvey2021

Research at the Royal will explore new infection-tackling ‘tech’

Webinar: How to best manage the energy price challeng

Webinar: How to best manage the energy price challenge

At Clarke’s Safety Mirrors Ltd, we have supplied safety mirrors to Education, Health, Correctional, Care and other safety conscious industries since 1997. We offer a range of mirrors with durability levels from shatter-resistant to virtually unbreakable.
We have grown through our knowledge and understanding of the industry. Our team has...

Webinar: How to best manage the energy price challeng

Webinar: How to best manage the energy price challenge