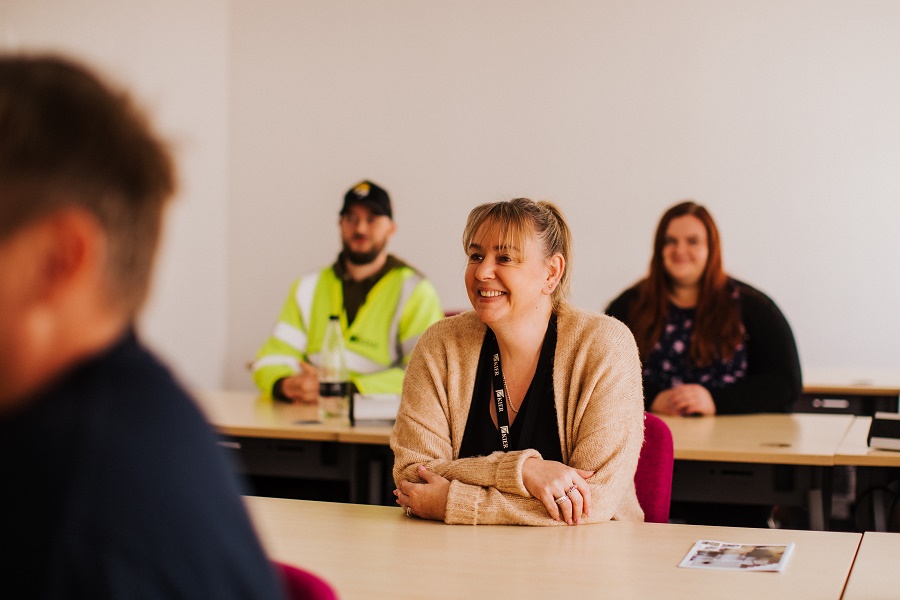 To take action against modern slavery’, Kier claims to be UK’s first contractor to train its Mental Health First Aiders (MHFAs) to spot the signs of modern slavery and exploitation.

With 900 colleagues having become MHFAs at Kier, the new training is being delivered through Jericho, a Midlands-based social enterprise, which the construction specialist says ‘creates positive change in society including supporting victims of modern slavery’. Kier is also introducing a Level 1 qualification created with the GLAA (Gangmasters and Labour Abuse Authority) and Skills and Education Group. This, it explains, ‘will teach people about basic employment rights provided by UK law, how to identify exploitation, how they should go about reporting it’, and ‘make them aware of signs to look out for to help them avoid being taken advantage of’. The course will be delivered remotely by Boston College and Sheffield College.

David Foster, Group Legal and Compliance director at Kier, said: “Modern slavery and any exploitation on site is unacceptable and, working alongside the Gangmasters and Labour Abuse Authority (GLAA), we’re working to eradicate it and prevent it across our operations. Our Mental Health First Aiders are a fantastic community who support our colleagues, and, through this new addition to their training, they will be better able to spot any signs of modern slavery, trafficking, or exploitation on site. As well as helping those that are already victims of modern slavery, we wanted to find a way to prevent people from becoming unsuspecting victims. Through the qualification we hope to do this, and will be targeting potential attendees through our early careers team, who will predominantly engage with those joining through an apprenticeship or the Kickstart scheme.”

GLAA Head of Prevention and Partnerships Frank Hanson said: “We know only too well that construction is a high-risk sector for modern slavery, so we were delighted to support Kier in providing them with the resources to train their mental health first aiders in spotting the signs of exploitation. We would encourage other employers to follow Kier’s lead. They would be using existing products, and – by engaging with the right partners – helping to make the workplace safer for everyone, including for workers within their supply chains.”

Kier has created a video https://www.youtube.com/watch?v=jXNRBtud0NA) on the subject with Jericho and the GLAA, which includes a contribution from Valdis, ‘a victim of modern slavery’.

‘Exceptional acoustics’ from canopies and baffles

AR headset claimed to ‘take construction to next level’